Good news everybody! Our long national nightmare is over. For the first time in almost a decade, we can say “Merry Christmas” to each other again! Thanks to our Glorious Leader!  What’s that? You are one of the 76% of Americans who think that the whole “War on Christmas” thing is a lie “made up for political reasons?”  Yeah, me too.  So, from Santa and me, Merry Christmas!

So, here on Christmas Eve, here are some Alt-Right-free tidbits for you!

END_OF_DOCUMENT_TOKEN_TO_BE_REPLACED

Hey! Remember this post? The one where I promised to share some of the book I’ve been writing? I know you’ve been waiting on tenterhooks but now the wait is over. So put the tenterhooks away. Honestly, I don’t even know where you got those tenterhooks. Are those my tenterhooks? Did you borrow my tenterhooks without even asking me? Get your own tenterhooks!  Honestly, some people……

So, a few words about what I’m offering up on the sacrificial alter of the Internet. This is a first stab at a “sample chapter” which will eventually become part of a book proposal. According to Susan Labiner in Thinking Like Your Editor:

A sample chapter is not really a chapter at all. It looks and smells like a chapter, in that it usually runs about a chapter’s length and had a beginning, middle, and end. But like no chapter in the your final book, it succeeds by cannibalizing other chapters, stealing the best material in the book and presenting it in such a way as to showcase the dramatic potential of the book or the power of the argument, or the richness of the topic.

Did I do that? Who knows? Its a first draft and, as my freshman writing instructor told me college, “The first draft is supposed to be shit.” Or to be more hopeful: The first draft has the same relationship to the final draft as compost to roses.  So, follow the link and give it a read. If you want to send me comments  criticisms, please do so. These can range from large conceptual problems you see as well as spotting typos and formatting errors. There are undoubtedly a lot of problems. Tell me about them.

Martin Shkreli, the infamous “pharma-bro” who first came to attention by endangering people’s lives by raising the cost of an Aids drug by 800% is back in the news. Shkreli, who obviously wasn’t hugged enough as a child, was convicted of securities fraud and is now being forced to part with some of his one-of-kind possessions.  The one that is getting the most headlines is the single copy of the Wu Tang  album Once Upon a Time in Shaolin. Shkreli bought the album just so no one else could hear it because he’s that kind of guy. I hope his prison stay is unpleasant.

Also among those possessions is an Enigma machine, a cryptography device most famous for Alan Turing’s work with it that help break Nazi codes during World War II.  Today’s Alt Right also likes to use codes, but rather than hiding troop movements they do so in order to enjoy a smirking frat-boy (and I do mean boy) “joke” at the expense of the rest of us. And the codes change all the time; Pepe the Frog is out, Groyper is in. A “reporter” for the Gateway Pundit (aka Jim Hoft, aka “the stupidest man on the internet”) recently gave a speech entitled “Its OK to Be White” that was chock full of such coded language to signal to the Alt Right that he was one of the cool kidz. This included drinking milk during the speech as a way of showing off his superior Nordic genes. Then he allegedly attacked a woman. Like I said, the Alt Right has a problem with women.

END_OF_DOCUMENT_TOKEN_TO_BE_REPLACED 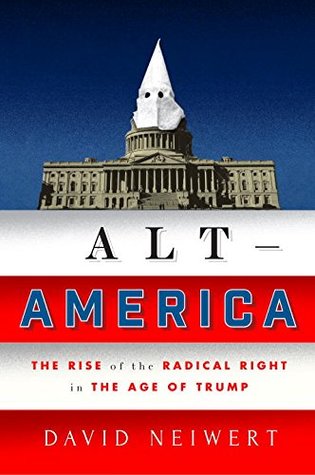 Imagine you live under a totalitarian regime. It is a led by a foreign invader who rules with an iron fist. He has started rounding up citizens and imprisoning them in camps. You are a member of the Resistance; you keep in touch with others who are brave enough to resist his diktats. Your once-great country lies in ruins, but there is still hope that you and your fellow freedom-fighters can save it. It will take courage and nerves of steel, but you are ready to fight for your freedom and those of others.

And then, one day, the worst possible thing happens: the uniformed, jack-booted thugs show up at your door on some ridiculous pretense. You know why: they are there for you. They are there to “disappear” you; to take you away to the camps for god-knows-what. What do you do? Richard Poplawski knew what to do. And that is why Pittsburgh police officers Paul Sciullo III, Stephen Mayhle, and Eric Kelly died that day.

This is only one of the many, many terrifying stories of violence and destruction recounted in David Neiwert’s new book, Alt America: The Rise of the Radical Right in the Age of Trump. Neiwert is an investigative reporter for the Southern Poverty Law Center (SPLC) and has written several important books on the racist right in the past two decades. Alt America is just out and you should buy it, read it, and then join the fight against the figures he discusses. Today.

The great strength of Alt America is the detailed reporting on some of the more notorious antics of the Alt Right. Neiwert details an almost shot-by-shot account of Dylann Roof’s massacre of nine people in Charleston (pp. 1-31). It is hard but necessary reading; the tragedy of the country is that we have become almost numb to such occurrences because they are so damn common. By recounting the details of Roof’s murders it brings into focus the absolute horror of such an event.

My read of Alt America might be cutting against its author’s intention, but I think the central message of the book is that there is very little “alternative” in “alternative right.”