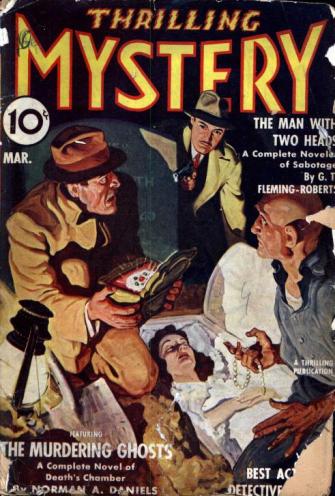 Thanks to some re-tweeting and re-posting, this two-year old post of mine on Milton Freidman has gotten some renewed attention. Over at the twenty-first century Algonquin Round Table we call Twitter the Twittertarians donned their deerstalker caps and discovered that I didn’t include a specific sentence from Friedman’s essay hence I am a “liar” and presented a “truncated quote.” If had included that sentence it would have completely undermined the entire thesis of my post. The Twittertarians are wrong.

Just to refresh your memory I wrote that Friedman, a giant of economics, wrote a misguided history of capitalism’s relationship with racism and slavery. Friedman’s entire essay contained only one reference and that reference did not support anything Friedman claimed about how increasing property rights led to a decrease in racism and discrimination. I argued that Friedman was an example of an “imperial scholar” because he ignored the work of pioneering African-American scholars who offered better-documented and more insightful accounts of the relationship among property rights, race, and slavery.

To bring you up to speed on the charges, in my original piece I presented this quotation:

As these comments perhaps suggest, there are real problems in defining and interpreting discrimination. The man who exercises discrimination pays a price for doing so. He is, as it were, “buying” what he regards as a “product.” It is hard to see that discrimination can have any meaning other than a “taste” of others that one does not share. We do not regard it as “discrimination” – or at least not in the same invidious sense – if an individual is willing to pay a higher price to listen to one singer than to another, although we do if he is willing to pay a higher price to have services rendered to him by a person of one color than by a person of another. The difference between the two cases is that in the one case we share the taste, and in the other case we do not. Is there any difference in principle between the taste that leads a householder to prefer an attractive servant to an ugly one and the taste that leads another to prefer a Negro to a white or a white to a Negro, except that we sympathize and agree with the one taste and may not with the other? I do not mean to say that all tastes are equally good.

The next couple lines (which I left out) are:

On the contrary, I believe strongly that the color of a man’s skin or the religion of his parents is, by itself, no reason to treat him differently; that a man should be judged by what he is and what he does and not by these external characteristics. I deplore what seem to me the prejudice and narrowness of outlook of those whose taste differ from mine in this respect and I think the less of them for it. But in a society based on free discussion, the appropriate recourse is for me to seek to persuade them that their tastes are bad and they should change their views and their behavior, not to use coercive power to enforce my tastes and attitudes on others.

This, the Twittertarian detectives tell me, undermines my argument about Friedman’s poor history of racism. It does not.

First, while I did not quote those specific sentences I pointed out both those aspects of Friedman’s thought. I wrote: “It is just a matter of taste, not that Friedman was a racist, since he disavowed any noxious views in that last sentence.” So I clearly stated that Friedman claimed he was not a racist. The second thought Friedman expressed in that paragraph was that he was against coercion and that the the only thing he thought we could do is “persuade them that their tastes are bad and they should change their views.” In my piece I reported this as well when I wrote:

Friedman argued the only thing we had to do to combat racial discrimination was……nothing. That’s right, if we just got rid of governmental interference with the marketplace, this whole “race discrimination” hoo-hah would fade away… You see, race discrimination doesn’t make economic sense and the market would soon punish racists if only we would do nothing save perhaps cluck our tongues and express our displeasure at a racist’s taste preferences.

In other words, I accurately reported Friedman’s own denial of racist thoughts as well as his proposed solution to the problem of racism.  It simply isn’t true that I tried to hide anything from the reader in my recounting of Friedman’s essay.

Second, even if you think I hid something from the reader those sentences do nothing to undermine my argument. The thesis of my piece was not “Friedman was a racist.” His own personal feelings about racism are completely irrelevant to the fairy-tale history he presented. Indeed, the point of my piece was to point out how common it is for white people to be ignorant of racism, to be completely unaware of the scholarship of minority writers. My point was underscored over on Twitter when someone claimed Friedman was not to blame to be ignorant of “obscure” African-American scholars like Oliver Cox and W.E.B. Du Bois. But their “obscurity” is exactly the point I was making: it was, as is, part of the structure of the academy that such work is passed over and ignored when mainstream, usually white, scholars sit down to write about race and racism. My argument is even stronger if Friedman himself did not harbor race prejudice in his heart. Racism is probably perpetuated more from ignorance than from racial animosity. The largest danger to racial justice is not overt racism, but invisible racism built into our institutions themselves.

Third, the ‘truncated” sentences do not prove Friedman was not a racist in his heart. I don’t really want to get into an argument about whether or not Friedman was a swell guy who didn’t have a racist bone in his body or a closet KKKer. My point here is about how to evaluate historical evidence. What we have is Friedman’s own denial of his own racism. Should we take that at face value? Does that close the question as to whether or not he held racist attitudes? Of course not. In the two decades after World War II almost no one claimed to be a racist. It is easy to find such denials in figures that we now clearly would never identify as an anti-racist. For example, Virginius Dabney always claimed that he held no racial animosity toward Black Virginians. So did Herman Talmadge, Should we take those denials as settling the issue? Of course not. Again, I am not interested in passing a verdict on Friedman’s racial attitudes which are largely irrelevant to the point I was making about his essay; I am pointing out that we shouldn’t be naive about accepting self-declarations of good faith at face value when we evaluate historical actors.

Too often discussions about racism devolve into discussions of racial attitudes. But the truth is very few people claim that they hold racist attitudes. Racism operates at institutional and structural levels in our society. By ignoring those factors, as Friedman did, is to perpetuate racism.