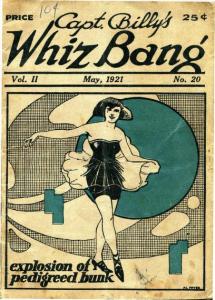 I promise this will be short, but I need to keep track of the long line of falsehoods and omissions surrounding the Hsu controversy (background here). Apparently the right wing thinks repeating the same story over and over makes it more true. They are wrong, their account is nothing but “pedigreed bunk.”

The latest of Hsu’s defenders is physicist Lawrence Krauss, who, predictably, is wrong about pretty much everything he wrote in an opinion piece in the Wall Street Journal that Hsu reprinted on his own blog.  Krauss’s piece is wrong in entirely predictable ways.

Krauss starts with a typical sneering at “deconstructionism” in English departments, an intellectual endeavor I suspect he could not accurately define if asked to do so. He and his fellow physicists would scoff at the “lack of objective intellectual standards in the humanities” because they didn’t believe in “objective truth.”  Let’s keep those rigorous standards in mind as we proceed, shall we?

Then, he gives us this paragraph:

Each of those three things may have carried more weight with President Stanley since those were listed on the letter from 550 faculty, students, and staff sent to Stanley while the police study was not.

The author of this fallaciously argued piece is Lawrence Krauss, a man who was found guilty of sexual misconduct by his own university and has been banned from the campuses of three others.  Hsu, who hosted a Holocaust denier on his podcast has now defended himself with a neo-Confederate and a serial sexual harasser. These are people who obviously have problems with presenting the truth. Credibility counts and Hsu’s defenders have none.

Don’t expect the lies by omission to stop when the right wing media portrays the Hsu controversy. They have not yet addressed the full scope of the controversy, nor has Hsu. They are comfortable with the incomplete and misleading account that he was forced to resign over a police study. This speaks volumes about their “objective intellectual standards.” Or lack thereof.