Are scientists really hiding from the truth of racial differences?

Quillette, the online magazine, bills itself as a space where academics are free to explore “dangerous ideas.” They crow about their “commitment to the search for objective truth.” The implication is, of course, that academics have few venues to explore these “dangerous ideas” because of a smothering orthodoxy about what can and cannot be studied or said. This is a creaky trope among the American right wing who have been complaining about liberal/leftist domination of the universities at least since World War II if not before.

One of these “dangerous ideas” is race science.  In layman’s terms Quillette provides a forum for the idea that black people are just stupider than white people, evolution made them that way, and to reject this idea is to be against Darwin. It is nonsense, of course, but my question today is: is it true that this scientific truth has not been discussed in mainstream scientific literature? Has this dangerous idea been suppressed by our lefty universities? Because they are committed to “objective truth” you would expect them to supply evidence for this suppression but they never do. Let’s look at the record, shall we? 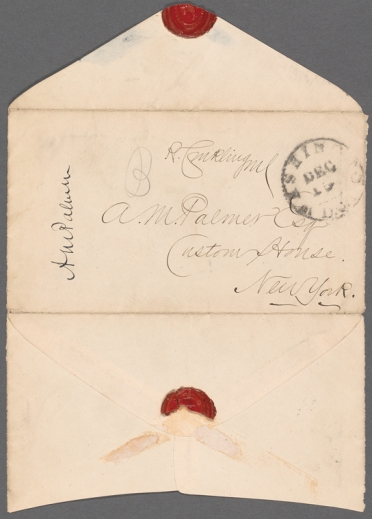 In Quillette view, cowering scientists will never know if “crime is genetic” because they “are afraid to ask”.  Another article assures us that “There is arguably no topic more incendiary (about which scholars say less, ironically) than race differences in general, and in particular, race differences in behavior and achievement.”

We actually have data on how scientists use race in their scientific work. Historian Evelyn Hammonds shows us that race has always been a topic of scientific inquiry in the United States. Sociologist Ann Morning’s study of scientific writings and teachings on race shows that race is a very common topic of investigation in science and medicine; a finding underscored by Dorothy Roberts,  Michael Yudell, Kelly Happe, Catherine Bliss,…. well you get the idea. Every time you turn around there is a new book on the topic. A Google Scholar search for “race AND science” returns just shy of 24,000 hits in 2019 alone.  Scientific discussions of race are thick on the ground, contrary to what Quillette would have you believe.

Even on hot-button issues like race and IQ, there is ample evidence of vigorous public and technical discussion. Every few years a book trumpeting race science appears. One of the latest was New York Times science writer, Nicholas Wade’s, A Troublesome Inheritance (2014). A high-profile writer and a major publisher.365 customer reviews on Amazon.  263 citations in Google Scholar. This is hardly evidence that the case for racial differences in physical, cultural, or cognitive capacities has been swept under the rug.

Another example is the notorious Bell Curve (1994) which was a bestseller. The book generated several other books discussing its central claims (see here, here, and here for examples). It has been cited over ten thousand times according to Google Scholar. The book generated so much argument and debate that the American Psychological Association convened a special panel to summarize the current research on intelligence in 1996 and another one in 2012.  Quillette‘s claim that that racial science has not been discussed widely is laughable in the face of the gigantic literature generated just on this single book.

Why does Quillette claim that scientists are afraid to discuss race given the wealth of contrary evidence? Well, it is because much of this literature on race and science serves to debunk Quillette‘s warmed-over 19th century approaches to race. Indeed, the race/IQ argument had largely collapsed by the end of the 1920s. The leading race psychologist of the 1920s was Thomas Russell Garth. In his book, Race Psychology (1931) he abandoned his earlier claims about true racial differences in intelligence and temperament. Psychologist Graham Richards explains:

The empirical research was inconclusive, the opposition’s arguments were more powerful, and the new paradigms more interesting and productive. Failure to admit this was irrational. Those unable to accept the message were thus victims of a cognitive quasi-psychopathology and became marginalized within the discipline. The stage was set for the numerous theories of racism that emerged from the mid-1930s onwards. (p. 26)

Richards concludes, “In the end, following Garth, most [race psychologists] conceded scientific defeat.” Far from being brave Galileos, scientists who maintain the reality of racial differences in IQ are a rump faction holding on to outdated methods and arguments. And they wrap it in a lie that race is too hot a subject for scientists to discuss rather than the truth is that it has been argued out over the last century and their side lost on scientific grounds.

Quillette‘s writers assure us that they certainly aren’t racist. Racism, they tell us is a moral/ethical wrong. But searching for scientific truth about the reality of race is completely disconnected from that moral/ethical stance. Science tells us black people are dumber than white people and it is just foolish to think that claim has anything to do with treating black people differently than white people. Oh sure:

“It is doubtless true that demagogues and charlatans have used real and imagined data about racial differences to support abhorrent policies and to foment racial strife. And it is also doubtless true that the suggestion that racial groups may vary on socially valued traits contradicts contemporary egalitarian norms.”

But that has nothing to do with Quillette! By scientifically nailing down just exactly how much dumber black people are than white people are Quillette is actually furthering an anti-racist agenda! You see:

Denying the reality of race leaves a vacuum for extremists to exploit. If moderates and progressives refuse to discuss human racial variation, then only the most extreme and often deplorable people will. We can assure you that if we don’t talk about it as research scientists, it will not prevent racial demagogues from using it to support ugly and intolerant social policies. And it will also cede the scientific high ground to those demagogues, compelling moderates and progressives to resort to semantic games or purposeful obfuscation and straw man arguments. [emphasis in original]

The same sort of story could be told about Vdare‘s relationship with Quillette and “Claire Lehman, the pretty editrix of Quillette” (see here, here, here, or here). The True Nazis over at Stormfront have been known to cite Quillette on “Equalitarianism and Progressive Bias.” At least one neo-Nazi at Stormfront agrees with Quillette that antiracists, not racists, are responsible for racism:

It is true, the loony Left created the new Far Right upsurge. The Double-standards in the way they the Left treats White People compared to Blacks, left many Whites in despair, angry and frustrated, fuming at the injustice they suffer. The backlash has started.

Contrary to Quillette, it is not those of us who deny the biological reality of race that give aid and comfort to racists, it is Quillette that does so. There is no dearth of scientific writing on race, there are thousands of papers and books on the subject. That most of it rejects the antiquated approaches of Quillette does not mean it doesn’t exist. Sometimes a minority viewpoint is not represented by a Galileo but by those who are simply unable to grasp that they are stuck in the science of a century ago.

12 thoughts on “Is Quillette Right? Are Scientists Afraid to Discuss Race? (Spoiler: No)”