I have often maintained that there is no idea so stupid that a tenured professor from Harvard won’t profess it. A good recent example is geneticist David Reich’s recent New York Times editorial about how we have to stop ignoring the reality  of genetic causes of human variation.  According to Reich, there is an “orthodoxy” that comes from well-meaning but muddle-headed people “who deny the possibility of substantial biological differences among human populations.”  These kind-hearted dopes are afraid of bad results that could possibly result from the study of such differences:

The concern is that such research, no matter how well-intentioned, is located on a slippery slope that leads to the kinds of pseudoscientific arguments about biological difference that were used in the past to try to justify the slave trade, the eugenics movement and the Nazis’ murder of six million Jews.

I have deep sympathy for the concern that genetic discoveries could be misused to justify racism. But as a geneticist I also know that it is simply no longer possible to ignore average genetic differences among “races.”

Andrew Sullivan, champion of The Bell Curve which was nothing but that good, old-fashioned scientific racism, lent his support to Reich by characterizing these biology-denying scholars thus:

Humans, in this view, are the only species on Earth largely unaffected by recent (or ancient) evolution, the only species where, for example, the natural division of labor between male and female has no salience at all, the only species, in fact, where natural variations are almost entirely social constructions, subject to reinvention.

David Depew and I actually wrote a whole damn book about claims like this. We explored the arguments of a whole series of scientists who had been accused of denying the effect of evolution on humans. “None of our focal figures, moreover, ever claimed that natural selection was stopped dead in its tracks when culture took over” we brilliantly wrote (p. 18)

No one denies the importance of genetics in human variation. It is a straw man to argue that they do. For example Reich claims that in 1942, Ashley Montagu claimed in an ” influential book that argued that race is a social concept with no genetic basis.” What Montagu actually argued was that modern population genetics, which he had learned from one of the founders of the discipline, Theodosius Dobzhansky, had completely undercut the biological basis for any idea of race. He suggested that biologists stop using the word “race” and stick with the study of “populations”–which definitely were not races. Humanists and social scientists should use the word “ethnic group” to discuss what were, in fact, cultural, not biological differences among different groups of people.You could also read Michael Yudell’s new book if you want to know why “race” is a terrible way to try to understand human genetic variation. Populations are not races, races are not populations. Reich equivocates on this issue and strongly implies that they are the same thing.

Reich’s claims are nonsense as biological anthropologist, Jon Marks loudly explains here. A more measured statement was recently issued by sixty-eight scholars from the natural and social sciences and the humanities:

Precisely because the problems of race are complex, scientists need to engage these issues with greater care and sophistication. Geneticists should work in collaboration with their social science and humanities colleagues to make certain that their biomedical discoveries make a positive difference in health care, including the care of those studied.

Those scholars are all engaged in precisely the activity that Reich claims does not happen: they are discussing human variation in serious and thoughtful ways and, unlike Reich, without employing a dangerous and outmoded language of biological “race” in the process. So Reich creates a straw man when he writes “The orthodoxy goes further, holding that we should be anxious about any research into genetic differences among populations.” That statement could only be made by someone with profound ignorance of the kind of work that is going on across the academy in many different disciplinary contexts.

It gets worse. Here’s what really annoys me: it is Reich’s claim that the continuation of wrong-headed, old-fashioned, scientific racism is the fault of those people who deny the reality of genetic differences among groups of humans. Reich claims that outspoken scientific racists, Like New York Times columnist Nicholas Wade, the late anthropologist Henry Harpending, and geneticist James Watson get a boost from those wrong-headed people who deny the reality of human genetic differences:

What makes Dr. Watson’s and Mr. Wade’s statements so insidious is that they start with the accurate observation that many academics are implausibly denying the possibility of average genetic differences among human populations, and then end with a claim — backed by no evidence — that they know what those differences are and that they correspond to racist stereotypes. They use the reluctance of the academic community to openly discuss these fraught issues to provide rhetorical cover for hateful ideas and old racist canards.

In other words, it is not the fault of those like Reich, who softly suggest that modern population genetics lends support to the outdated notion that our social categories of race are biologically real, rather it is those who deny such things that pave the way for racists like Wade and Harpending. Because silly people refuse to discuss the genetics of human populations, that void is filled with nasty racists who want to keep the old flame of scientific racism alive.  Sullivan agrees with this, hence his title, “Denying Genetics Isn’t Shutting Down Racism, It’s Fueling It.”

As I have argued, however, no serious scholar of racism really believes that genetics has nothing to do with human variation. Since, those people don’t exist, we must look elsewhere for the cause of the contiuation of scientific racism. If Reich and Sullivan want to know who is fueling the fires of scientific racism, they need to look in a mirror. 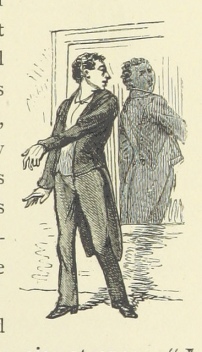 If Reich (and Sullivan) are right, then the reaction to their work among scientific racists would be something like: “Oh noes! We is undone! Our pseudo-scientific racism has been shown to be laughable and wrong by real scientists! Let us rally against these dastards and attack them with the ferocity of a thousand lions!”  Is that what we find?

Of course not! Scientific racists find much support for their views in Reich’s claims. Harpending’s old writing partner, Gregory Cochran, found it ridiculous that Reich would bother attacking his fellow race realists:

While saying true things that would, if properly understood by the usual gang of idiots, get him into serious trouble, the book is interspersed with non sequiturs, falsehoods, and unjust attacks on people who committed the deadly sin of prematurely coming to the same general conclusions he has.

Cochran concludes the only reason Reich would make such attacks is because he needs funding from all the PC police who control the purses strings:

Reich says this, and things like this, apparently because he’s trying to curry favor with current-year liberalism, whose most fervent tenet is that Europe just has to import as many dumb, hostile people as possible. Rather weird – you don’t normally think of endorsing a bloody Völkerwanderung as a way of proving you’re really PC at heart

VDare is a particularly nasty place filled with lots and lots of old-fashioned white supremacist racial science. What are their views of Reich’s piece? Well, their chief scientific “expert” is Steve Sailer who rushed to Reich’s defense by explaining that what Reich believes is that “the 18th Century scientists who first thought hard about these questions more or less got them right.” Sailer also opines that the point of Reich’s piece in re race is that “Ahem, it’s real” and the only reason Reich distanced himself from Harpending and Wade is to make sure that he can continue to get funding from the liberals:

Something must be done to shut up the Watsons, Wades, and Harpendings so that the Reichs and Shapiros can continue to get funding without danger of being cutoff by sniping from the Montagus and Lewontins.

Sailer had already said as much in his review of Reich’s book Who We Are and How We Got Here, at the publication where Richard Spencer got his start, Taki’s Magazine :

Over at another home of “intellectual racism,” American Renaissance, Jared Taylor is celebrating because “The New York Times admits there are races and they are different.” You’ll notice that Reich put his scare quotes around “race” and Taylor puts his around “populations” but the central message is the same: races are populations and populations are races. Six of one, half-dozen of the other for both writers.

Reich’s piece has already made it to the list of approved reading for those who maintain the awful “Human Biodiversity” page which urges you to “take the red pill” regarding race. It seems clear that far from squelching the fires of scientific racism, Reich is fueling them. While he tries and tries to distance his project from theirs, they note the similarities, they take his arguments as supporting their own: in short, they see him as supporting their own scientific racism. Reich would be better served to stop straw manning his allies on race, those who believe that racism is a continual problem for the world, and go back and read Ashley Montagu more carefully:

What “race” is everyone seems to know, and is only too eager to tell. All but a very few individuals take it completely for granted that scientists have established the “facts” about “race” and that they have long ago recognized and classified the “races” of mankind. Scientists do little to discourage this view, and, indeed, many of them are quite as deluded as most laymen are about the subject.

Reich, and others who share his views, need to look in the mirror and ask themselves why they find such support among the very people they condemn as racists. And they must stop ignoring the vast number of potential allies they have among those who know that “race” is a social category, not a biological one.