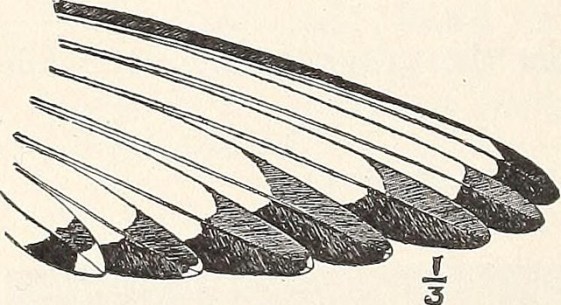 The right wing. Is there anything better than a visual pun?

You could write a several terabytes on trying to define such a vexed question and people have. Let’s take this handy summary provided by a recent book on conservative politics by George Hawley:

The Alt-Right holds itself as an alternative to these positions in various ways: Libertarians would claim that limited government might be an improvement over the status quo, but it is still inherently inferior to no government; Randians would claim that tradition, especially religious tradition, is no way to run society; isolationists would withdraw from the world rather than engage with it through our military.

Shifting our focus from the “alt” to the “right” we get a different question: what makes all these differing ideologies “right?” The answer is that both alt and mainstream right adhere to one common tenet: the rejection of “equality” as a supreme value. According to Hawley, the Left seeks equality as the highest value while the Right can and does hold other values as more important than equality. Political theorist Corey Robin argues that the mark of the Right is that it opposes the equal distribution of power. Only a certain kind of people should be making decisions in society; the rest are just not up to the task of governing. Hence, appeals to equality are suspect in all right wing discourse, whether alt or mainstream.

The ultra-respectable William F. Buckley, Jr., in an editorial in the brand-new National Review wrote in 1956: “As our readers know, we habitually deplore the egalitarian trends in contemporary society, and turn a deaf ear to statist pleas on behalf of the downtrodden.”1  The habit of fighting equality never left the National Review. For example, the column “Letter from Europe” ran for thirty-five years in its pages. The author, Erik von Kuehnelt-Leddihn, did not believe in democracy at all. In his 1952 book, Liberty or Equality: The Challenge of our Time, he concluded that “this writer prefers a hereditary monarch as the chief of state, because through the biological process he can also represent the element of continuity” (p. 275). He argued:

To the Christian two newly-born babes are spiritually equal, but their physical and intellectual qualities (the latter of course in potency) are from the moment of conception unequal… It suffices to say that the artificial establishment of equality is as little compatible with liberty as the enforcement of unjust laws of discrimination….”Nature” (i.e., the absence of human intervention) is anything but egalitarian; if we want to establish a complete plain we have to blast the mountains away and fill the valleys; equality thus presupposes the continuous intervention of force which, as a principle, is opposed to freedom. Liberty and equality are in essence contradictory. (pp. 2-3)

In the nineteen-fifties and early nineteen-sixties, the battle about human equality took place on the field of civil rights and the African-American struggle for equal rights. It was challenging for conservatives wishing to deny African Americans their rights to remain inside the bounds of respectable discourse. After World War II, Americans couldn’t talk about race the way they used to. Overt racists, like Madison Grant or Lothrop Stoddard, were out of style. As the country moved into the the nineteen-fifties, overt racism became even less respectable. Brown v. Board of Education declared segregation unconstitutional and the burgeoning Civil Rights movement made it clear that African Americans were not content with the status quo. The right found itself in a bit of a bind. They wanted to preserve traditional social hierarchies because they opposed radical change in general and especially radical change in the name of equality.

In a comprehensive survey of right wing publications in 1960 the authors concluded that “There are certainly some right wing organizations that favor integration, but none has come to light in the present survey” (p. 44). National Review was no exception. In a recent political biography of Buckley, Alvin S. Felzenberg, makes clear that Buckley and the National Review opposed the Civil Rights Movement, most notoriously in a 1957 Buckley editorial entitled, “Why the South Must Prevail”:

“Why the South Must Prevail” is shocking to the 21st century reader. The piece put National Review on record in favor of both legal segregation where it existed (in accordance with the “states’ rights” principle) and the right of southern whites to discriminate against southern blacks, on the basis of their “Negro backwardness.” The editorial defended the right of whites to govern exclusively, even in jurisdictions where they did not constitute a majority of the population.

Felzenberg correctly notes that by 1965, Buckley had rethought his position on these matters and had a genuine change of heart. I will simply add two things: by 1965 the Civil Rights Act and the Voting Rights Act had passed meaning Buckley had lost the battle so his change of heart can be seen as yet another example of conservatives attempting to erase their ugly past, just as they have with the Brown decision. Second, the position Buckley eventually adopted was as undemocratic as anything penned by his pal, Erik von Kuehnelt-Leddihn. Writes Felzenberg:

Buckley proposed in the name of racial equality an alternative to disenfranchising all African Americans on account of their race: All states should disenfranchise the uneducated of all races. He saw no reason to confine such practices to the South. In Buckley’s view, too many ignorant people were being allowed to vote elsewhere.

Buckley would probably have clucked his tongue at Richard Spencer’s latest publicity stunt as gauche and hurting the cause of conservatism. His career was marked by keeping those types out of conservatism (and the Alt-Right remembers and holds a grudge about it too).* However, he would probably delight in Donald Trump’s new commission to investigate “voter fraud.” Trump set up the commission to “prove” his false claim that 2-3 million people illegally voted for Clinton in the past election. I agree with the conclusion of The Guardian which is the new commission is a “White Power Grab” because there is simply no evidence of widespread voter fraud but a lot of evidence that the kinds of measures Republicans have proposed to combat this non-existent threat disenfranchises the poor who are disproportionally people of color.

Over at the National Review, however, they are all for the new commission. After all, the head of the commission, while he was Secretary of State for Kansas “has already pursued nine cases.” Nine!  Only 2,999,991 more to go to get to Trump’s 3,000,000! The National Review fails to mention that most these folks were simply elderly folks who were confused about proper voting procedures. And they fail to wail about a state’s’ right to set their own voting rules and regulations, a big topic of concern for them in the nineteen-fifties when the white south systematically disenfranchised African American voters. And they say very, very little about the risks that people will be disenfranchised by laws to stop “voter fraud.”  The courts, however, have a lot to say about that (spoiler alert: They are against disenfranchisement).

One suspects that the National Review is carrying out the agenda of its founder: making sure that the wrong people don’t get to the polls. If the wrong people are black or brown, well, that’s a shame but necessary to prevent too much democracy from spoiling the country.