It seems our new President doesn’t like the job much. Unlike the old family business, people aren’t forced to do things just because he says to do them. The press won’t do as they’re told and hence they are the enemy. And the courts keep overturning his favorite Muslim bans so he’ll ! call a mulligan and do the whole thing over because the first one was only for practice and totally didn’t count.   Did you think they were serious the first time around? You’re the one being defensive!

Trump finds the whole thing a bit much and sometimes the golf every weekend just isn’t enough. So he decided to get the old band back together and hold an old-style campaign rally in Florida (because he would be down there anyway to golf). His speech was marked by that eloquence for which he is known. 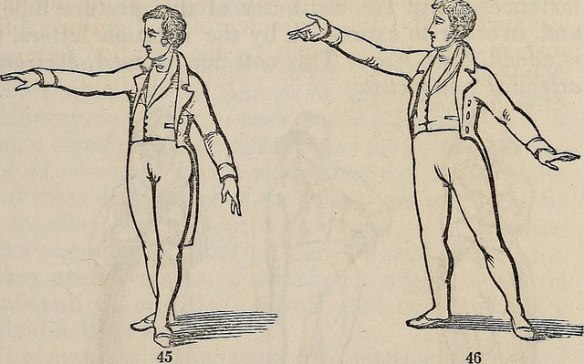 These reunion tours are never quite as successful as the first time around but was still a pretty good time for all. Trump doesn’t bother with things that concern us little people.  Like trying to say things that are “true” or “accurate.” His supporters don’t care a lot about what he says anyway:

“I don’t care what he does. I’m behind him 100 percent. Put it this way: If he became a dictator, and they said, ‘We want him in forever,’ he’s my man. He’s in. I’ll never vote against him … I love his power … It’s the power that does something to me.”

After all, President’s Day weekend had been transformed into  “He’s Not My President!”  weekend so Trump retreated to a nearly all-white district in Florida “because I want to be among my friends.” In other words, he doesn’t think he’s our President either.  He’s only President for those who agree with/worship him.

This isn’t the fault of those protesting Trump.  I’m not interested in the ridiculous argument that mean ol’ libruls should be nicer to those who want Dictator Trump. These folks aren’t easily offended after all. I want to explore the concept of a politician who really has no idea s/he represents every citizen, not just a a few of us. I see some parallels between where we are now and where white southern politicians were sixty years ago. The rest of this post is basically a book report.

Last weekend I went to the wonderful Library of Virginia to do some archival work (I’ll tell you about it in a later post). In preparation for that trip, I read the diary of David J. Mays that had been edited by historian James R. Sweeney of Old Dominion University. Mays (1896-1971) was an attorney and Pulitzer Prize winning biographer of Edmond Pendelton, an 18th century Virginia judge. Mays was born at the end of the 19th century; for those of you scoring at home he born between my paternal grandfather and maternal grandfather.  I mention this because I want to point out that this was not so long ago.  And because he looked a little like my Grandpa Oscar.

In 1954, the Supreme Court of the United States declared racial segregation of schools unconstitutional in Brown v. Board of Education. The White South declared that they would never accept racial integration and between 1954-1964, put up every barrier they could think of to “massively resist” integration. Mays did a lot of the legal work for the Commonwealth of Virginia in the days of Massive Resistance, although he thought the cause was lost. He was the classic example of a lawyer forced to argue a case that he did not really believe in. Nonetheless he worked with those who called for “interposition” of state sovereignty to deny that the Court had any power to enforce the Fourteenth Amendment’s equal protection clause on Virginia. Often, these elaborate legal theories, which White Southerners assured us were the centerpiece of our political order, were completely unknown before 1954. No one was more vocal or eloquent an advocate for “states’ rights” than the editor of the Richmond Times-Leader, James Jackson Kilpatrick (those of us of a certain age remember him from his appearances on 60 Minutes). In a series of fiery editorials, eventually collected into a book, Kilpatrick brought forth the same arguments John Calhoun did when defending slavery. What we learn from Mays’s diary is that Kilpatrick barely knew what he was doing in these writings:

Had Jack Kilpatrick for lunch….  Jack is more eloquent than sound in some of his ideas on the Constitution, and during his long series of editorials on the subject was often only a little ahead of his reading, and John Taylor, [John] Calhoun, etc., were until then only names to him. (2 July 1958)

“Jack’s editorials” may have been “breathing wordy fire, but it was obvious…that he had nothing to offer”(15 September 1958). But Kilpatrick set the agenda for Virginia in many ways. As a result, Mays was forced to defend Virginia’s more outrageous massive resistance laws, such as those designed to outlaw the NAACP. Not only was he asked to defend indefensible legal positions, but he was up against some of the sharpest attorneys the country had produced such as Spottswood Robinson.  As Mays wrote, “The colored boys have filed an excellent brief which requires much skill and time to answer” (29 December 1958).  As a result, Mays lost case after case as the courts struck down Virginia’s massive resistance legislation.

Mays had recommended subtler methods. “The art of it,” he wrote, “is to recognize the binding force of the Supreme Court decision while destroying its effect, at least as present, in the counties having heavy Negro populations” (11 January 1955).  Mays thought, “The federal courts can easily force Negroes into our white schools, but they can’t possibly administer them.” What Virginia should have done was let the “Negroes…in and then chase [them] out by setting high academic standards they could not possibly maintain, by hazing if necessary, by economic pressure in some cases, etc.” (15 September 1958). Subtle racism would have been more effective than loudly announced racism.

What is most striking about Mays’s diary is that there is no indication that he or any other Virginia politician was supposed to represent the entire population of Virginia. The “Negroes” are a problem to be dealt with, not citizens to be served by their government. Mays clearly believed that his only obligation was to “Protestant Anglo-Saxons of the South (today the best strain of our American population and now a minority despised by Negroes and many northern whites)” (17 August 1955). Only those people counted. The rest did not.

I don’t want to draw too close an analogy between our situation today and those of African Americans in Virginia during those dark days. I only want to draw our attention to the fact that then, as now, the response to voices of protest is to dismiss protesters as not legitimate citizens to be served. Protesters don’t count because they planned their protests! Thus, they don’t count. Or they were paid by the nefarious George Soros! (Incidentally, Jim Hoft, the Gateway Pundit who supplied that link went to high school with me and holds the unofficial title of “dumbest man on the internet“.) But, of course, that strategy ended badly for Virginia fifty years ago. And it will end badly for the Trump administration if we keep protesting. Plus we get all that sweet, sweet Soros cash. I plan to buy a large boat with mine.

2 thoughts on “Not My President: Something Trump and I Agree On!”